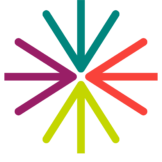 Each year we have our AGM when members of the Friends meet the committee, vote on who goes on the committee and hear presentations on what has been happening.

The March 2020 annual general meeting of the Friends took place at 7:30 on 2nd March in a rather chilly St Peter’s.  First was the presentation of the accounts, we had a strong year with a good increase in hire fees from letting out the building primarily due to increased number of lettings.  Peter Gray, chairman, then gave a short report to the members on the activities of the Friends during the year.  This included the recent February Spring Clean in St Peter’s which certainly cleared away a large number of spiders webs.  Then came the election of people to the committee.  Peter Gray was re-elected as chair, Hilary Spivey was elected as vice chair, Phil Ivins was re-elected as treasurer and Elspeth Robertson was re-elected as the Minutes Secretary.  Roger Green, Oliver Forder and Graham Hall  were all elected or re-elected as the case maybe onto the committee.  After the members meeting there was a short meeting of the committee and Paul Lincoln was co-opted onto the committee.  Before the members meeting finished Hilary gave a short report on the progress being made on the regeneration project starting with why we were doing it in the first place (we wanted toilets) to when the bid to the Lottery Fund would be made (planned for June 2020), when the building works will start if we get the go ahead from the Lottery Fund (possibly September 2021) and when the project should be complete (Christmas 2022).   Members then asked a number of questions on the project after which the meeting ended.

If you have any questions on this meeting or would like more information on the Friends please do not hesitate to contact us on info@stpetersudbury.co.uk.

Got To Be In It To Win It

By Allison Burke / No Comments

By Allison Burke / No Comments

The Swifts Return for May!

By Roisin Ryan-Self
We use cookies to ensure that we give you the best experience on our website.OK