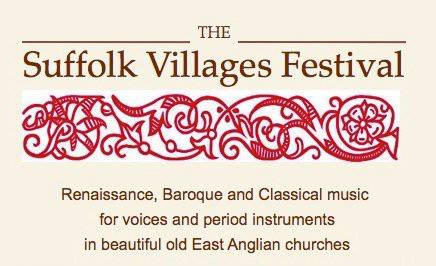 This unusual and fascinating programme, much of it for divided choirs and six-part strings, ranges from Michael Praetorius’s extraordinary Italianate setting of the Lutheran Choral “Wachen auf” to Agostino Seffani’s great Stabat Mater.

Musicians continually crossed the religious divide and the great composers produced a creative synthesis of Protestant and Catholic sensibilities, often vividly reflecting the turmoil of the time.

The Festival began in 1988 as the Stoke by Nayland Festival of Georgian Music, offering three concerts over the August bank holiday weekend.  This increased to six concerts over the bank holiday weekend, as well as three or more throughout the year; widening the repertory and increasing the number of venues made a change of name necessary in 1992.  From the outset, the Festival has mixed performances of major works by its resident ensembles with visits by distinguished soloists and professional chamber ensembles.  Over the years the Festival has offered many Baroque and Classical masterpieces, such as Monteverdi’s Orfeo, Il ballo delle Ingrate and 1610 Vespers, Purcell’s Dido and Aeneas, Dioclesian, King Arthur, The Fairy Queen and The Indian Queen, Marc-Antoine Charpentier’s Te Deum, and Acteon, J.S. Bach’s St John and St Matthew Passions, the Mass in B minor and the Magnificat, Handel’s Messiah, Esther, Alexander’s Feast, L’allegro, il penseroso ed il moderato and Israel in Egypt, Haydn’s Creation, and Mozart’s Mass in C minor, Requiem and Il re pastore.