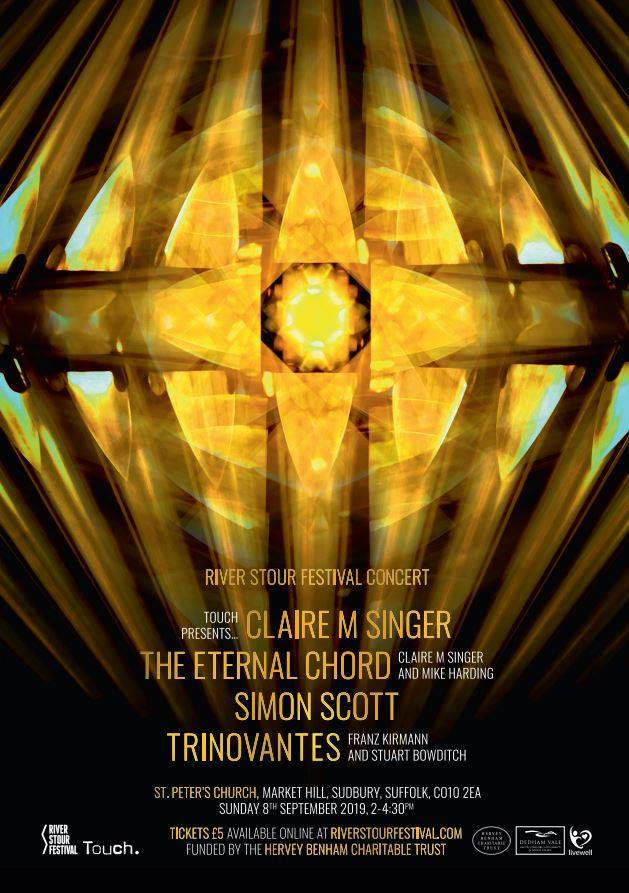 Claire M Singer is a composer, producer and performer of acoustic and electronic music, film and installations. Claire is Artistic Director of the organ reframed festival at Union Chapel which she launched in 2016. The only festival of its kind in the UK, organ reframed focuses on commissioning innovative new music and introducing new artists and audiences to how versatile the organ is. Performances and commissions include Tate Modern London; Fylkingen Institute Stockholm; Ceremony Hall Austin, TX; Muziekgebouw Aan’ t ij Amsterdam, Oude Kerk Amsterdam and the Barbican London. In 2017 she was a recipient of the inaugural Oram Awards from the PRS Foundation and New BBC Radiophonic Workshop for her innovation in sound and music.

Simon Scott is a sound ecologist and multi-instrumentalist from Cambridge, England. His albums ‘Insomni’ (Ash International) and ‘Below Sea Level’ (Kesh/TouchLine) are out now (see above). His work explores the creative process of actively listening, the implications of recording the natural world using technology and the manipulation of natural sounds used for musical composition. He plays the drums in Slowdive and has recently collaborated with artists James Blackshaw, Spire, Taylor Deupree (Between), Isan + many more.